Much like applying a seal coat to your driveway, slurry seal is spread in a thin layer over the roadway surface. The material consists of finely graded gravel, an asphalt binder, and additional emulsifier additives. The slurry seal binds with the surface to protect it from sun and the elements, as well as from wear and tear of vehicles. The rough surface, which wears down over time, is hard wearing and promotes traction and prevents slipping. Once applied, the time it takes for it to cure varies with pavement conditions and weather conditions at the time of application. Most commonly, the roadway will need to be free of vehicles from three to four hours. 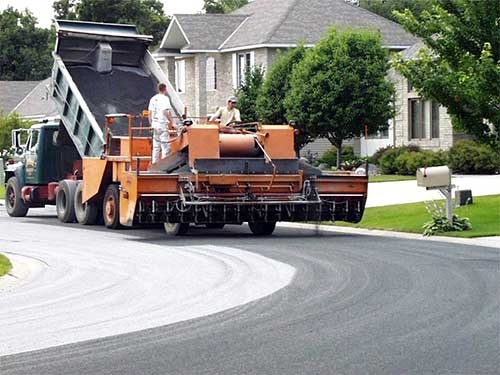 
A crack fill treatment generally involves using an air compressor to clean out the cracks in the pavement and then uses an applicator to inject a hot-applied crack sealant. Crack filling reduces the ability of water and other materials to get into the pavement, which will degrade it. There is no extended road closure time for this treatment, but temporary lane closures are needed to allow the cleaning of the cracks and application of the sealant. 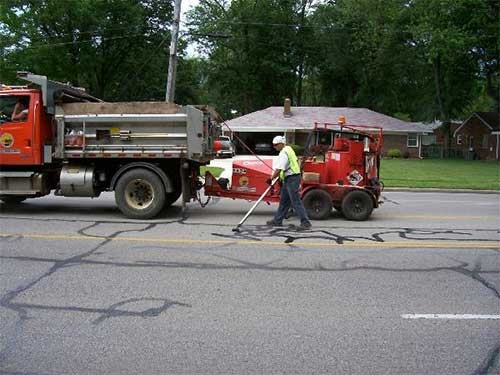 
A pavement rejuvenator is a spray used on relatively new roadway surfaces to reverse the effects of aging due to environmental damage from sunlight and water. It improves the durability of the pavement by providing a surface seal that reduces water penetration as well as restoring essential oils to the asphalt, thus extending the life of the roadway. Once the initial treatment is applied, a thin layer of sand is applied to assist in curing and preparing the road for traffic. The curing can take three to four hours. During curing, the road should not be driven on. The sand is swept up after three to five days. 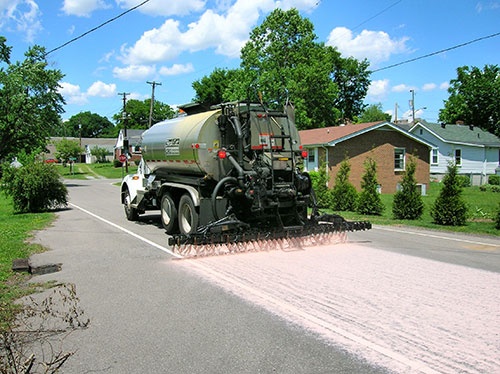 
Cape seal combines the advantages of a chip seal, which is then followed within a few weeks by a slurry seal. Chip sealing is the application of a thin layer of asphalt combined with a layer of small gravel. This chip seal can be driven on within a couple of hours. Chip seals leave behind a coarse, abrasive surface that can cause increased tire noise and a rough ride for bicycles, skateboards, roller blades, etc. There can also be loose gravel and dust, which the contractor will periodically sweep up. The slurry seal phase, applied to the full surface after about three weeks, will significantly reduce the tire noise, eliminate any dust, and bind the remaining rock into a smooth and hard wearing surface. The roadway must be traffic free for three to four hours after the slurry is applied. 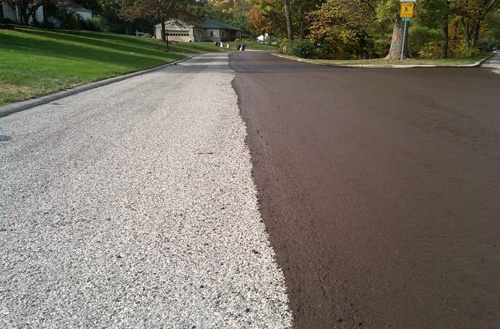 
With this treatment, the existing layer of asphalt is removed by grinding the surface – or milling it – and then applying a new surface layer of asphalt. After the milling, repairs are typically made to the base pavement before the final asphalt surface is applied. It is during this treatment that curb repairs are also made and curb ramps are brought up to ADA compliance. Typically, cars may drive on the road once milled, but traffic may be restricted for some of the curb and pavement repairs. There can be a period of several weeks between the milling phase and installation of the new surface. 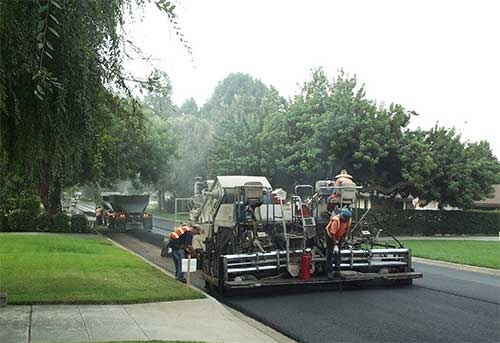 
If the condition of the street is beyond the techniques listed above, then the full depth of the pavement is removed and an entirely new roadway is constructed. Reconstruction of the roadway generally includes new curbs, ADA-compliant accessibility ramps and a portion of driveway approaches. This work is frequently coordinated with utility improvements such as replacing old water mains and services, and storm and sanitary sewer improvements. 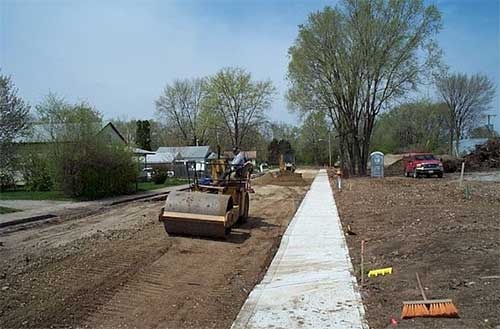 Micro-surfacing is a rapid-setting mixture of polymers and asphalt used to improve skid resistance and extend pavement life. Micro-surfacing is a fast setting treatment that is applied uniformly over a roadway. This allows traffic to utilize the roadway three to four hours after application. Single lane closures will be used while curing.